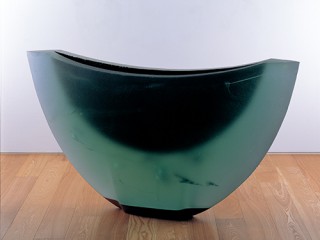 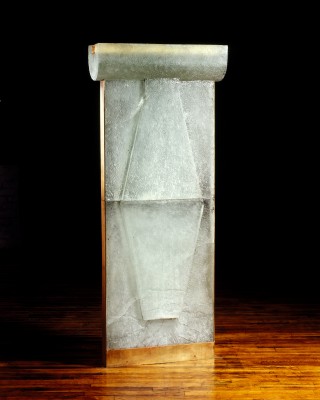 Howard Ben Tré – Casting of Being

This will be the first exhibition in Japan devoted to the renowned American artist, Howard Ben Tré. Born in Brooklyn, New York in 1949, Ben Tré felt drawn to political activism and worked to end racial discrimination, empower women, and break down economic inequalities. On encountering the fascination of glass – first, in the form of Glass blowing at Portland State University and, later, glass casting at Pilchuck Glass School – he began creating glass artworks. He has since won international acclaim with sculptural works that give maximum play to the special qualities of glass.

In the 1980s, soon after studying sculpture and working with glass, Ben Tré found inspiration in the geometry of ancient ritual objects and historical architecture, later inspiration was influenced by industrial object used in mass-production and the similarities to the historical architecture. He also took reference from the sacred vision of the world embodied by ancient architecture and artifacts, reflecting such influences directly in his work. His Basin, Primary Vessel, and Wrapped Form works, created around 1990, evoke the relics and customs of Asian ritual found in Indonesia, Cambodia, China, and Japan.

Working under such themes, Ben Tré creates a mold by means of sketches, life-size drawings and poly-foam patterns. The hot, molten glass, poured into the sand molds using the “cast glass” method, is allowed to cool for weeks or even months. “Pouring” and “cooling” are important processes determining the unique size and qualities of Ben Tré’s works – processes fostered by the artist through many years of exploration. He describes his creative process as “the permission of the mind” and “the optimism of the will.”

Ben Tré’s long production process focused on glass casting, this is to say, is more than simply a vehicle for varied technical exploration. As a process, it also connotes the space-time in which human thought and spirituality evolve on many levels, something he has continually pursued, inspired by ancient artifacts. For this reason, Ben Tré’s sculptural works compel us to re-examine ourselves and our spirituality as people shaped by contemporary society with its blind acceptance of scientism and Western Judea-Christian modes of thought.

With this exhibition ticket, you can view both the Collection Exhibition and the Glass Art Garden.