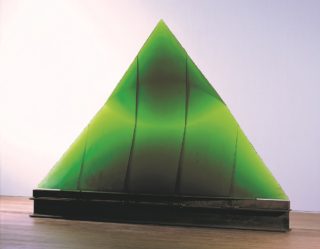 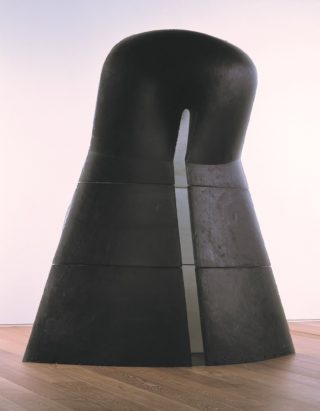 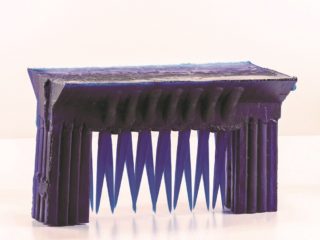 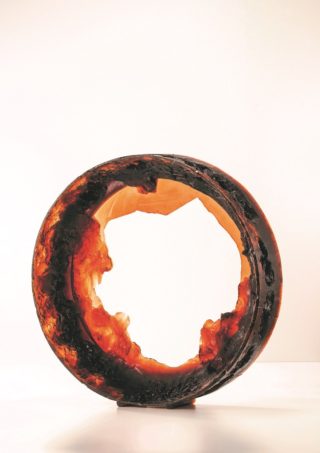 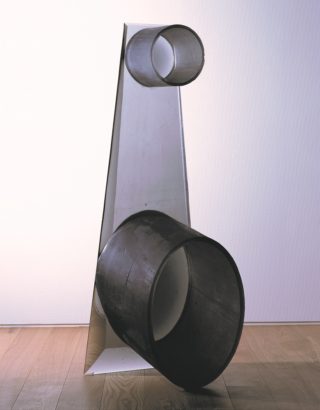 Stanislav Libenský (1921-2002) and Jaroslava Brychtová (1924-2020) collaboratively created works in glass. Together, they became a driving force not only in their own country, Czechoslovakia (today’s Czech Republic), but also, from the tumultuous years after World War II on, in the international studio glass movement. Both had received formal education in fine arts and had begun their careers as artists when they met and began working together in 1954.  Libenský would sketch the form, Brychtová would shape it in clay, and then, with the cooperation of skilled technicians and artisans, they would create works in glass, cast in molds. They maintained that production style until the end of Libenský’s life. Their glass sculptures, underpinned by their superbly cogent design skills, first appeared on the world stage at the 1958 Brussels World’s Fair. The couple went on to win global fame through a legion of international expositions, becoming iconic presences in the world of glass art, and also participated in many national projects.

Their approach was to leave empty space within their works so that when light is shone on one, the glass is filled with rich nuances, depending on the thickness, angle, and form. The glass sculptures that they created in search of those effects have often been called “light sculptures.” Libenský, who led the world of studio glass for decades, was also active from early in his career as an educator. Thus, many famous glass artists were trained by him, and his influence can be seen throughout the world today.

In April, 2020, Brychtová followed Libenský in eternal rest. This exhibition is thus in a sense a memorial to their achievements, introducing joint works by this couple  from the museum collection, works that brim with a lyrical spiritual nature. Those Libenský-Brychtová collaborations are joined by outstanding works by Czech artists who studied with Libenský. We hope visitors will enjoy these profound light sculptures and highly individual Czech glass creations.

*Price in brackets for groups of 20 or more.

*Admission fee is free for high school students and younger.

*Tickets also allow admission to the Glass Art Garden at the 6 floor.